“I LOST MYSELF” By: Difference (AKA: James Douglas)

I lost myself somewhere along the way, in this journey of life. I dont know exactly when, or where. It’s been a long, lonely road. Filled with addiction, incarceration, unhealthy relationships, crime, and chaos. I’ve hurt a lot of people, broken a lot of promises. And on this […]

I am Jonthan Gordon, incarcerated here at Stafford Creek. I have been blogging on this site since 2015, it has been an enjoyable experience & I have learned a lot from the people who started this blog (Steven Jennings & Suzie Jennings). It’s amazing what people can do […]

Please tell our boys that their daddy has missed them & never stopped loving them. I’ll be saying HAPPY BIRTHDAY to Austin & I hope he liked my card that I sent to him. I won’t forget about Alex for his 8th Birthday next month. But I am […]

Caught up in this wave, my arms are tired of paddling. It would be so easy to stop kicking and slip away. My head above the surface, my body full of pain. Crying out for someone, my heart feels the strain. The tide keeps pulling me under, I […]

GREATNESS IS MEANT TO BE EMULATED:

There’s a lot of it. And of course, there is complaining, and then there’s complaining. Complaining about a true injustice or bit of unfairness is one thing. Understandable, and it should be dealt with (constructively and in an adult manner, of course). But all too often in prison, […] 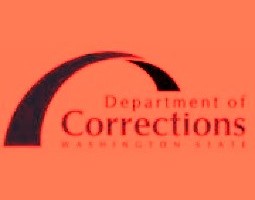 Welcome to the Anonymous Critic Blogger on Inmate Blogger. In my posts, I will be providing an insight to the bureaucratic mendacity which is life for the incarcerated people in the State of Washington, Department of Corrections (hereinafter denoted “WDOC”). I will also touch on issues ranging from self-help to […]

As i evolve and mature daily, its like an obstacle appears. Whatever the obstacle may be it has no grip over my life. The people that surrond me, its like there not here. My vision, my passion, and goals is all that i see. Im committed to my […]

The convict code is often spoken of but until now has never Been seen. The myth surrounding the convict code, as being a secret set of regulations that every prisoner must adhere to, is a fallacy. Our code is merely one of life. You need not be a […]

What is life and true success?

Many people go through life aimlessly not knowing the true importance of it or what it’s all about. In today’s society people are so fascinated by materialistic things, being famous, and being rich, so-much-so that they think that this is what life is all about. What makes it […]

When I was at WSP (Walla Walla) I grew to hate the address : 1313 13th ST. Many unfortunate men have found themselves behind” the walls”, and they know all too well the darkness of that place ! When those beige bars come banging closed , and you […]

Here I am… the face to the poems, the smile hidden to most… the heart finally feeling loved… I am blessed these days as I now look to being able to walk from these walls, to being able to pursue all the trials, tears and triumphs of life […] 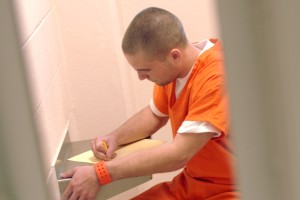 The Invitation To A Never Ending Bond

Hello world, my name is wendell adams jr. but better known to my peers as knowledge. I come to Inmate Blogger to formally introduce myself to the universe, as an up and coming book writer. What im looking to bring to my viewers and readers is consistency, dedication, and […]

At the age of thirty-six, you might be surprised to learn this is my very first stab at a blog. In fact, I am not too sure how any of this works. I have now been incarcerated for going on thirteen years. I was arrested in Seattle Washington […]

When I Was A Little Boy…

When I was a little boy my father told me a story about stealing watermelon from a local farm when he was a teenager. He said ,” We used to run into a neighbors watermelon patch and each one of would snatch as big a melon as we […]

I have been accused of being hostile to religion, usually because I will defend atheism and challenge religion. Which I do not think is hostility; I think a free exchange of ideas is a good thing, as long the participants can be civil and act like adults. Further, […]

Many people accuse atheists of just being negative (you’re defined by what you don’t believe) and having no moral or ethical alternative to offer. But like most beliefs about atheism, this just isn’t true. There is humanism. It has a long tradition, going back to the Ancient Greeks […]

————————————————– Loss. Who hasnt experienced loss in some form or fashion in their life. Its apart of life and if taken in stride, has the ability to make us stronger from the experience, a lesson to learn an improve upon. All thats easy to say until the loss […]

IT’S A LONG ONE ALL IN TRUTH

When I reflect upon the paths I have walked, the previous unknowns around every corner, and the hurdles and obstacles I’ve had to overcome, I’m able to measure the constant progression I’ve made towards earning back my freedom. Difficult moments are what define you as a person. We […]

TO MY VICTIM’S LOVED ONES

I don’t know if the family and friends of my victim would ever want to hear from me or contact me. I probably wouldn’t, if I were them. But if so, I would first say to them it’s all about them. This is not to make me feel […]

what I learned in 2wenty min.

Yes last year did seem like only twenty minutes, but i still mananged to fit two days into each. I mean I only have 20 min before the jpay kicks me off. So this is what I learned in no order in 2015. now in 16 mins. – […]

Happy MLK Day from prison. It is my hope that more people in this place, in particular people who have pale skin like me, will come to understand about this amazing man, without a doubt one of the greatest Americans who ever lived. A man who dedicated his […]