hello everyone:) I would like to offer my artist services, it’s been getting expensive in prison. I can paint portraits for a hundred a face, its really $5.00 per square inch I can double the size but the price doubles as well. I can do color or black […]

one of the victims from the mass shooting in Dayton, Ohio. it’s sad when people can just go around killing other people just because they don’t feel good about themselves, or just because they want to bring hurt and pain to someone else for the sake of having […]

How Art Helped Me to See the Redeeming Qualities in Other Prisoners, by Donald “C-Note” Hooker

California has a whole host of criminal statutes in which if found guilty of violating does not determine if a person has been convicted of a felony or misdemeanor. These crimes are called Wobblers. Only at the time of sentencing, and depending on how the court chooses to […]

The Untapped Potential of Prison Art, by Donald “C-Note” Hooker

If the 2.3 million American prison population were a city it would be the fourth largest behind New York, Los Angeles, and Chicago, all known for very vibrant art scenes. The American prison culture is a part of the American Street culture. Street art is the biggest art […]

Hi, my name is Eric. The art you are viewing is a 14×20 “Wood-Burning” of the Lord’s Prayer. However, many know this as the “Model’s Prayer” because Jesus gave it simply as a model (example) of how to pray to the Father. I also do “Wood-Burnings” of Psalms […] 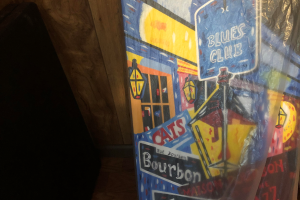 Hi, my name is Eric and i write to tell you a little about myself. I am the only child my deceased mother had. My birthday is New Year’s Day and i am a Capricorn. My hobbies are painting, doing ‘Wood-Burnings,’ and playing Chess. My dream is to […]

My Artwork by Edward Martino

My Paintings by Edward Martino 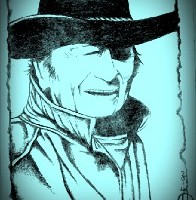 Lets tke a walk down the HOLWAY. If you think “holway” is misspelled, it’s not. Holway – (pronounced Hall-Way) is my last name. The play on words was inspired from a song by Insain Clown Posse. The lyrics go like this: “Lets take a walk down the […]

Mark Till has been in prison for 5 years. He has 4 left. While in prison he enjoys honing his craft…drawing. His ultimate goal is to own a tattoo shop and art gallery. The above piece is a freestyle drawing that Mark pulled out of his mind. It […]