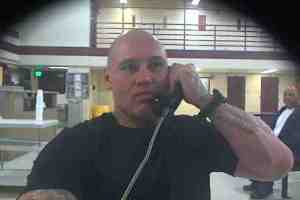 As of January 21st of 2020, the state of Ohio had approximately 48,723 inmates. 6,815 of these inmates are serving life sentences with the possibility of parole. In 2018 Ohio had a 50 and older population of 9,479 inmates. The fiscal, legal, social and political challenges of Ohio […]

here is some good news for me. There are going to some serious reforms in Virginia, read on: Though I may always be on the melancholy side, there is a hope on the very near horizon. I would like first give you some background. In 1995 the Commonwealth […]

How could this state talk about prison reform when they (politics)fail to give standard ethics to offenders in prison…Don’t get me wring there are some programs but they are only for those who have a little big of time…What about hose who have lenghty sentences?There’s nothing for that […]

Hey Mad World, first I would like to give a warm round of love and respect to the ladies and gentlemen and their families as they fight along side me on a fight for Reform and Post-Conviction Opportunities.  Secondly, I send my love and respect to all the brothers who […] 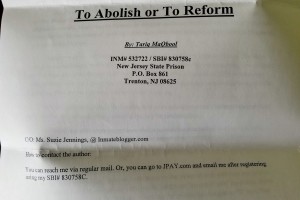 To Abolish or To Reform, by Tariq MaQbool

Sherron M. Ricks (3/17/79) release date of 2035 I’m your average dude from the city of Norfolk,va. Well from where I’m from (PARK PLACE) we’re definitely different than most. I was 21 when this sentence begin and Park place definitely bred me for prison. My parents bred me […]

I belong to a Prison ThinkTank called T-POCC it is the Brainchild of of a PhD Criminologist from Ohio State University at Newark Ohio her Name is Dr. Angela Bryant. It’s important to give Heartbeat Props to Women like Dr. Bryant because she could certainly be doing something […]

A long time ago I once heard someone describe insanity as doing the same thing, over and over again, expecting different results. This undoubtedly describes the dilemma surrounding penal and criminal justice reform efforts in America. It’s time to rethink our reform strategies and embrace a more innovative […]

I suffer from a legal conundrum which the courts have refused to address. In that situation, I’m not alone. I’ve discussed my situation in previous post, “Life over a Bounced Check” & ” Florida Life w/out Parole Capitol”. The average middle class citizen believes the courts are fair […]

The quest for criminal justice reform has been a decades long failure. It continues to fail because it remains just a political stump hot topic. Everyone wants to start “a conversation” about prison reform. The sad reality is, it never gets past the conversation. The truth is, criminal […]

So this whole Washington One risk assessment thing they have going on is suppose to calculate one’s risk level, so they say? But at the same time, one’s risk level determines if your able to let’s say, get a job wile incarcerated. If one is doing everything right, […]

There seems to be a common liberal idea that us prisoners are “victims” of our environments, that people commit crimes because they were placed in situations where it was their only option. With all due respect to these people, who are often genuine individuals trying to do good […]

As a libertarian, I think free market reforms could improve the prison system, just like I think they could with education and virtually every other institution. But I want to focus on a more personal note: becoming a libertarian is one of the things that helped me transform […]