Re-Habilitation, by Robert A. Smith Jr.

Being in prison has made me question the whole idea of rehabilitation. And why it may or may not work? I know guys that have went home and they are doing well as law abiding citizens, however, I know a lot more guys that have come back or […]

I’ve run into a dilemma recently, one that has permeated a comfortable place that I had found myself in for the past year or so. It’s no secret how violent prison is, but when prison becomes an environment where the smallest assaults go unnoticed you began to wonder […]

Is a thing of the past in our prison system.In this day and age its all about doing time and generating money.In prison yrs ago certain things were mandatory.Such as, if you didn’t have a diploma or GED it was mandatory that you went to school.Now they give […]

How could this state talk about prison reform when they (politics)fail to give standard ethics to offenders in prison…Don’t get me wring there are some programs but they are only for those who have a little big of time…What about hose who have lenghty sentences?There’s nothing for that […]

Retribution vs. Rehabilitation, by Martin Lockett

What is the most effective approach to dealing with crime and punishment? Should the criminal justice system primarily be used to punish those who violate the law by sending them to prison for lengthy terms? Or should it rather serve as a mechanism for rehabilitation? This dichotomous question […]

Restorative Justice is Key to Rehabilitation, by Martin Lockett

For the first twelve years of my incarceration I was convinced I had done everything I could to atone for my crime – then I was proven wrong. Although attaining a BS in Sociology and an MSin Psychology while becoming a certified recovery mentor have been milestones, they did not – and could not – fully rehabilitateme. My education […] 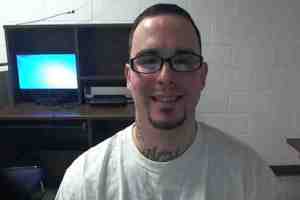 I just wanted to express my appreciation for the oppurtunity of rehabilitation and change. I was reminded today as I looked at my booking photo of the devastation and despair that I’ve overcome since my initial arrest and incarceration. I am humbled by and for the ability to […]

Special report. “Young black man, 28, released from prison visits parole officer on time weekly. Currently, he has two place of employment to provide for his family. He is attending night classes at a local community college to further his career. He pays his taxes, contributes to his […]

How Dangerous Are We ??? By: Bennie Lackings

How dangerous are we? Really though… Here we are at the Louisiana State Penitentiary sentenced to do forever behind bars, because people claim that we are some of the most dangerous people in the nation… We are so-called menaces to society….. If that’s true, then how can we […]

I’ve been incarcerated 19 years and nine months for a crime that I committed when I was fourteen I’m not the same person. ..If your child committed a murder crime when she/he was fourteen do you ink that he/she should be locked up for the rest oif their […]

Rehabilitations means to restore to customary activity by education and therapy.Therapy is a procedure designed to treat diseases,illnesses or disabilities.Who is the disease and where is the therapeutic treatment to cure us of our sickness?What is the customary activity that needs to be restored?Rehabilitation is a choice, you […]

A big part of rehabilitation (or, coming to view justice in the proper light) is the shedding of the groupthink that pervades this place. A couple years ago two kids tried to escape by stealing a forklift and taking an officer hostage. One was killed and one caught. […]

I’ve always thought of rehabilitation in prison to mean that you come to view justice in the proper light. That means giving up the criminal mindset, the idea of prison “honor,” the erroneous views about “snitching” and a hustle. All of it. It’s about changing the things that […]