To whomever has taken of time, (man’s most precious commodity) and given it to one with little other to reciprocate,Thank you. Huey P.Newton once wrote to the effect of this,there are two types of suicide:Reactionary and Revolutionary. He went on to explain the two types;Reactionary,when oppression becomes so […]

Last week there was a one day workshop I attended that was very interesting. In my 11 years in prison I’ve never attended anything quite like this. Let me explain. “Arts In Prison” is a Kansas not for profit that sponsors all types of classes at the prisons […]

Charlie Stephens is an English teacher at Tennyson High School in Hayward, California. He recently invited me to correspond with his class. I’d like to share with you my letter to his students: Dear Mr. Stephens’ Class: My name is Sean Swain and I’m writing to you from […]

Why should education matter to prisoners?

Well, not only is it a positive outlet that allows a guy some meaning and purpose to all of this, but it is the holy grail for reducing recidivism. Why should the public care if inmates get a college degree? Aren’t they in prison to be punnished? The […]

All too often, it’s of the wrong sort. Many times I’ve ran into guys, or met them for the first time, and they immediately start bragging about their exploits in the prison world: they beat this person’s ass, they called out this person for being a piece […] 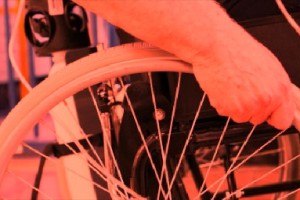 So I thought I sould share with you this progam I am building. WHAT IS S*HIP: The word S*HIP is an acronym for “Self-Esteem for the Handicaped Inside Prison” This would be a volunteer based program for the physically and/or emotioally disabled-cronically and even termanally ill prisoners. S*HIP […]

Hello, my name is Dick Oppen. I am 47 years young living life on lifes terms. My body is in prison for some past mistakes but my mind is free. Like the men in uniform say, I Think it was the marine corps…. “Improvise, Adapt and Overcome”! […]

Any religious person who thinks that their religion is necessary for a good, civilized society, or that only belief in an ultimate judging deity leads to moral behavior, should check out Society Without God, by Phil Zuckerman. It’s a study of what are probably the two most atheistic […]

There’s a term in economics called opportunity cost. It’s what you miss out on when you choose to do one particular thing over another. E.g., if you pass on overtime at work to do something person, the opportunity cost would be the extra money you would have earned. […]

It never fails in this place; there is always a chorus of anti-intellectual nonsense, people saying, “What’s the point of that, I’m never going to need it in my life.” Yes, because education is very underrated. All of those successful people in life got that way by spurning […]

GOD IS NOT IN PRISON

Everybody claims to “find God” in prison. For me, it was the opposite. I was a religious child and came to prison at 18 still believing in Jesus Christ and the central tenets of the Bible. A dedication critical thought, reason, and education changed my mind and my […]

It’s common for people to say something like: “Atheists don’t have anything to live for, because they believe in nothing.” Well, Ricky Gervais has a nice response to that: “We have nothing to DIE for, so we have EVERYTHING to live for.” 🙂 It’s a good point. I […]

ABOUT ME: I’ve been locked up since 1997, when, at the age of 18, I committed a robbery and accidentally killed the man. Since that time I’ve dedicated myself to education and treating each day as an opportunity to improve in every way possible. And I’ve done this […]