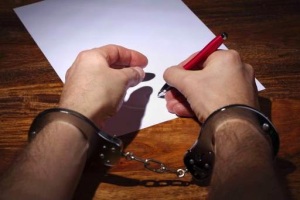 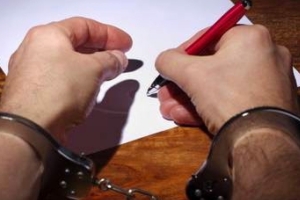 Stone City Blog Has Changed Its Name To “INMATE BLOGGER”

Hi Everyone! We want you all to know that we’ve recently changed our site’s name from Stone City Blog to Inmate Blogger. We have all the same content, but with a fresh new look. This site is a collection of blogs written by inmates. It serves as a […]

Every year our units have a door decorating contest. There are quite a few people who get into the sprit and decorate thier door. Afterwords a picture is taken with you infront of the door. I like the picture, so I usually put a few things up just […]

Happy Thanksgiving to those who are Thankful!!!

Because under these circumstances (of incarceration), it becomes more obvious how important the times are for us to spend certain occasions with our loved ones – so, it doesn’t become as important to observe the EXACT date of Thanksgiving, as much as the recognition of our time to […]

I wouldn’t be able to have a voice outside these prison walls if it weren’t for a wife of one of my friends. Between the two of them I am able to say things I have never been able to say before. I have a voice and its […]

I am Jonthan Gordon, incarcerated here at Stafford Creek. I have been blogging on this site since 2015, it has been an enjoyable experience & I have learned a lot from the people who started this blog (Steven Jennings & Suzie Jennings). It’s amazing what people can do […]

I have been working in CI now since 2013. CI is a huge factory. It has a metal shop, wood shop, chair shop, panel shop, and a power coating system with 2 giant ovens. I work in the metal shop fabrication area. Working with metal, something I have […]

TO ANYONE WHO WILL LISTEN

I am not much for blogging but if you’re interested in writing back and forth as friends let me know. I like poetry and i’m an artist so maybe we can talk about that. I’m a 22 year old white male on the down hill ride of my […]

I was at work in the Starfford Creek Correction center a week ago and I seen a tattoo, I had to do a double take to see exactly what it said ! ” Think for yourself , Question Authority” ! I let it sink in for a little […]

Eatting is normally an enjoyable time for most people. Not necessarily for people locked up. Going to meal time or chow as I call it is not something I look forward to most of the time. It really starts with where we eat. The dinning hall or chow […]

Fall is back, and I’m reminded that it’s one of my four favorite seasons. I really do love them all. Seasons bring change and the constant birth, death and rebirth of life and ways of life. The winds blow their gentle orchestra through the fall leaves and I’m […] 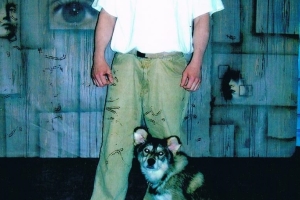 The Beginning of My Dog Life

I have been locked up now for over 14 years. It has been a long, hard road for me. In the beginning I didn’t quite know what to do or how to act. I’ve gone through a lot of changes over the years. I had had developed a […]

So how are all of you blogers out there. im doing good myself, ive transfered to Airway Heights next to Spokane WA. ive been to alot of joints in WA but this one takes the cake, it is the worst place ive ever been in my life, this […]

HOW I STARTED BLOGGING

I am starting this blog, I guess thats what you call this thing I’m doing, because of a friend. Well, celly to be exact. I met Steve years ago when I was sent out of state. I can’t be certain but I think it was on the handball […]

To start off let me introduce myself. My name is Jesse Bailey. I was named after my great grandfather. I am 6’1″, 184lbs, blue eyes and light brown / blonde hair, depending on how much sun I get. I was born in Seattle. Grew up in Shoreline and […] 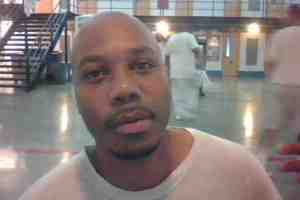 ITS BREAST CANCER AWARENESS MONTH, AND WE ARE STILL IN FULL SWING TO HELP RAISE AS MUCH AS WE CAN FOR CANCER RESEARCH AND AWRENESS… PLEASE SHARE THE VIDEO “REAL” AND KEEP THE STRUGGLE GOING FOR THOSE WHO CAN’T…. YOUTUBE.COM/1STACKWELL206 1-LUV, Johnnie Walters DOC #820185

The abuse of a child takes many forms, yet in some households it is considered the norm. Spanking is very different from being slapped, punched or, beat black and blue, some parents are so passive there is simply nothing that they will do. Most parents hope to stop […]

By Marcus Altheimer #832707 A.k.a ‘Mindful’ I’ve grew to the point of recognizing, pen pointing and correcting certain mentalities which lead me to a lot of issues I unnecessarily experienced earlier in life. I’m working on making correct changes in my thinking/ behavior. Ultimately transcending me into a […]

MASS INCARCERATION BY THE NUMBERS # (part 1)

THEY BEEN DOING IT 4~YEARS

Americans gave more then $335 billion to charities And, obviously, not all of it was intended to make up or front for question-able behavior. But whenever you find that much money changing hands, your going to find a few ( possibly quite a few ) taking advantage of […]

From the Timber Belt: COUNTRIES WHO CONTROL GENDER RATIOS: part 1:

This next article is a summary in my own words & commentary of an article I read in the USA Today a few months ago. Gender Ratio Control means when countries control how many kids a family can have, because of overcrowding. And part of that goes back […]

One thing I’ve noticed with Christians in prison. Not all of them, but I would say probably the majority. They use it as a device to make themselves feel better about what they’ve done in their lives. Instant “forgiveness” by just reciting some magic words and reading a […] 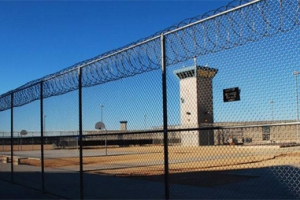 Dostoyevsky wrote: “The degree of civilization can be judged by entering it’s prisons.” (Yale book of quotes 2006) I say that some people in this country (USA) believe that justice entails & hinges upon imposing the most painful, excruciating, inhumane & horrible punishment possible for people who are […]

Thanks/Praise to God This next definition, I borrowed from Wikipedia & I will relay it to you my friends, to help you better understand one of the factors that keeps people who are falsely convicted in prison. “INNOCENT PRISONER’S DILEMMA” or “Parole Deal”, is a detrimental effect of […]

I am 40 years old. I am hispanic/white. I am currently serving the final year of a 10-1/2 year sentence. I can also be reached through Jpay.com I write poetry, essays, and journal daily life as ME in prison. My amusing determination to separate from my flesh house […]

MOTHER’S DAY had always been a special time for my mom and and myself.Being her firstborn gave me a leg up on those four other pretenders to my birthright….. Every MOTHER’S DAY it was the priority of my day to be the first of my siblings to call […]

The Power To Persevere

By Marcus Altheimer A.k.a ‘Mindful’ Let me first start with a poem By Tupac: When your hero falls from grace all fairy tales R uncovered, myths exposed, pain magnified and the greatest pain discovered. U taught me 2 B strong but I’m confused 2 C U so weak, […]