The Beginning of My Dog Life 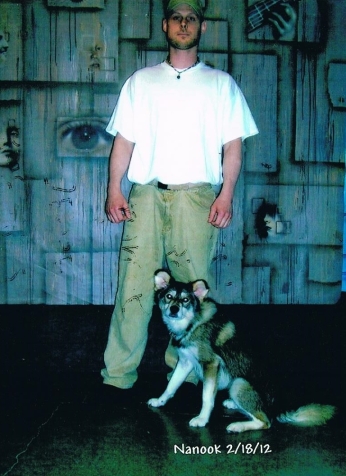 I have been locked up now for over 14 years. It has been a long, hard road for me.

In the beginning I didn’t quite know what to do or how to act.

I’ve gone through a lot of changes over the years. I had had developed a hard exterior type of shell. I’ve met a lot of people that have changed my life. Both for the good and bad.

A lot of people in prison are predators and use people to get what they want or need. I had been one of those people that had been ruined. That once open, nice, trusting guy was gone.

Something I had to learn was how to conduct myself in my new environment.

For the first several years I developed a hard exterior. Its just something that became normal for me.

One of the biggest things I didn’t know was happening to me was I had been changing in side. I didn’t like to be touched and didn’t really care about what happened to anyone else or had any responsibility for anything or anyone.

In 2009 when I was sent to StaffordCreek Correctional Facility (SCCC), I learned they were going to start a dog program. So I filled out an application and turned it in.

Having dogs growing up, I was excited to get in such a program. The thought of having a dog in prison was so cool! To have a live animal in my cell. I thought it would make me feel more free. Make me forget I was locked up.

I was accepted, and moved into a cell with a dog and another dog handler.

All of a sudden I didn’t know what to do with myself. I thought I would love it. I had dogs growing up, so this was going to be a breeze. Right?

Boy was I wrong. I didn’t know what to do. It was like I had never been around a dog before in my life.

It took me almost 2 weeks to get used to it. The biggest thing that I had to over come was touching the dog. It just felt weird. It felt off. It felt foreign. I can’t really explain it. I can say I felt sad that I couldn’t feel like I used to.

Looking back at it now, I think it was the showing and receiving of affection. Something I have had none of. That’s just something a person in prison doesent do.

It’s now 2016, here I am. Still training dogs and enjoying every minute of it.

If I had to guess, I’ve personally had a hand in training 50+ dogs. And been apart of over 250 dogs that have graduated from Freedom Tails. I really just stop counting years ago.

I was brought a new dog this week. He is a beautiful 2 year old Husky named Riley.