Violation of a Norm, by John Salyers 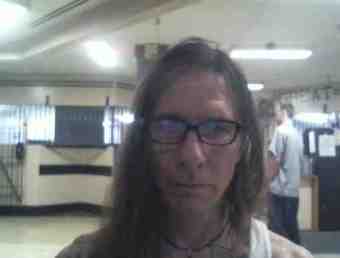 In order to appreciate the entire scope regarding the ramifications around my experiment of violating a social norm of mine, and the responses I received, it first must be noted a few personal variables in the mix.
I am bisexual, and my gender role identification leans more toward being male to female transgender or gender non conforming.
In short, I am someone who identifies mostly in a feminine capacity.
As a norm, I usually keep myself totally clean shaven, face, legs, arms, etc…
I have long brown hair, and try to keep it styled in various feminine ways, modeled after girls I see within the mass media whom I like for one reason or another.
I am generally openly engaging toward all others in a friendly, feminine, and helpful way.
For my social norm violation, I chose to refrain from practicing my feminine hygiene ritual of keeping myself clean shaven, for a week straight.
Also I allowed myself to be a bit less socially engaging, keeping conversations and greetings to a minimum at this time too.
After about 3 day, I started to feel the effects of being lonely, less friendly, and less cheerful. Also, even though I knew that I was clean, I kinda felt not so much so because of the unwanted hair creeping onto my face, legs, and arms.
The only other “sister” gender queer whom I associate with regularly, started good naturedly teasing me about the presence of hair on my face, and so did some of the other close inmate associates of mine.
It seems like I noticed that some others would “pull back” and not be so eager to try to engage in very much in depth conversation with me, while some would even express to me a sincere sense of worry for my personal well being.
My data collection came in the form of the jokes, comments, and well wishes from those who thought I might be “stressing out” about something.
I learned a lot about how I am perceived by others on such a superficial level, as well as how different I personally feel about such a “minor” change in my appearance.
P.S. My “sisters”, and a few of my guy friends call me Joni 🙂
Everybody else calls me by my prison nickname, “Stickman” or “Stick” 🙂

This was a recent school assignment in a sociology class of mine.