What do I Need to Know Before Going to Jail? 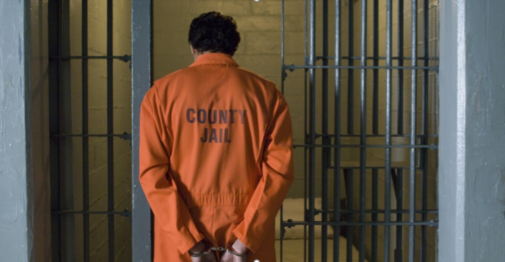 Our prisons are supposed be places where offenders are rehabilitated. While in prison, they are supposed to have time to reflect on what they’ve done and receive tools to help them re-chart the course of their lives such that when they get out, they can become contributing members of the public.

Sadly, this is not and has not been so. In fact, the word “Recidivism” describes a situation where a person who has been released from incarceration repeats the offence for which he or she was jailed. According to this article, about 76% of all inmates usually find their way back to prison within five years of their release.

Sadly, this is not the only thing one has to worry about when looking at our correctional institutions. There is also the issue of the dangers associated with life in these facilities. Our focus in this article is to try to provide anyone who may be headed to jail some information that will help them before and during their stay. Note that we said jail and not prison.

There is a difference between jail and prison so we will quickly address this before moving on.

Difference Between Jail and Prison
This may come as a surprise to some who do not know that though these two words refer to legal holding facilities, they are not the same.

Secondly, those remanded in jail are usually people awaiting trial or those serving very short jail terms. On the other hand, people remanded in prison are convicted felons who have a number of years to spend behind bars.

As a result of the above, a jail will usually have minimal security while a prison will have anywhere from minimum to maximum level security. You can learn more about these differences here: https://www.hg.org/legal-articles/what-is-the-difference-between-jail-and-prison-31513.

What to Know Before Going to Jail
With the above explanation in mind, let’s quickly look at some information you should bear in mind just in case you are about to go to jail or find yourself in one.

You Have Rights
Regardless of what charges have been brought against you and regardless of whether or not you have been convicted and sentenced, you have rights. One of the most relevant rights for anyone who may be incarcerated is the eighth amendment which stipulates that you should not have to suffer unusual and cruel punishment. Though what can be considered unusual and cruel may not always be clear, knowing that you are not supposed to be treated like an animal may help you during your time there.

Since jail is also for folks who are awaiting trial, it is possible that you may not need to spend much time there while your case is being tried. This is because you have a right to file for a bail hearing. Should you require help with your bail, you can take advantage of the services provided by companies like Bail Bonds National.

The Facility May Suck
Jails are meant for short time stay so they are usually not as well-funded and provisioned as prisons. You may therefore find some basic facilities not being as good as they ought to.

Tips for Staying in Prison or Jail
For those who have been convicted and sentenced, you are likely heading to jail (for mild offences) or prison (for more serious offences). We shall quickly list a few tips you should take to heart before you get there. These tips will help you stay alive, safe and sane.

Learn the Rules
There are official and non-official rules in every prison or jail. Learn what they are and abide by them. Breaking these rules is a quick way of bringing unnecessary attention to yourself.

Respect Authority
Respect the constituted authority and also respect others. You have been thrown into the midst of people who have been taken out of the general society for a reason. Try not to get on the wrong side of them or the officials overseeing the facility. This does not mean you should be a suck-up.

Watch Your Back
Things can go wrong very quickly while in prison. Be alert at all times and watch your back. Try to be far from the scene of any kind of disturbance.

Avoid Gangs
People join gangs in prison for protection and the likes. This is also one of the easiest ways to get killed or set yourself up for a worse life after your time in prison because the gangs don’t end in the prison. Do yourself a favor and avoid them.

Adopt a Hobby
An idle mind is said to be the devil’s workshop. In prison you have a lot of time to yourself. Use this time to adopt a hobby. Look for something that can fully occupy your mind and attention. It will make the time pass more quickly.

Commit to Personal Development
Unless you are serving a life-time sentence, life does not end in prison. You can commit to personal development while there. Read books, register for online courses and generally add value to yourself such that when you are released, you will be mentally more developed than you were before you went in.