A WDOC employee has falsified official documents in its never- ending commission of illegal activities, and in so doing has committed a Federal felony. Michael Singleton was sentenced to prison on three counts, as follows: Count 1 = 21 months, with a 36 month firearm enhancement; Count 2 […]

PRISON JOKES & OTHER INFO THAT MAKES YOU SAY “UM”

Welcome to the Anonymous Critic Blogger on Inmate Blogger. In my posts, I will be providing an insight to the bureaucratic mendacity which is life for the incarcerated people in the State of Washington, Department of Corrections (hereinafter denoted “WDOC”). I will also touch on issues ranging from self-help to […] 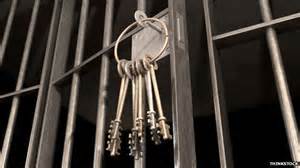 West Complex Walla Walla; At lunch today we were served 1 Hot meal, and given 3 ‘Boat’ meals. In other words we were given 4 meals, three of them cold at one time. WSP Policy Operational Memorandum 240.100 section 5 state; “At least 3 meals 2 of them […]

Oneproblem with getting one’s moral framework from a religion is that religions, not using the scientific method or being overly concerned with facts, take FOREVER to change. The Catholic Church was still issuing the blood libel against Jews (the idea that Jews used the blood of Christian babies […]