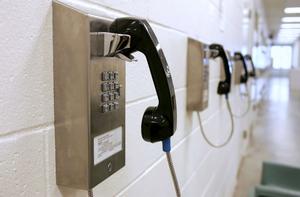 Sam Waggoner, who is a consultant with Global Tel*Link, is facing federal charges for a phone kickback scam. Court Records say: “That he got five (5) percent of all revenue generated by the Inmate Telephone Services contracts the company had with Mississippi. Waggoner gave bribes to Christopher B. Epps, who at the time was the Mississippi Department of Corrections (MDOC) Commissioner.

Federal prosectors said: “Specifically, on or about July 30th 1024, and on about August 26th 2014, the defendant, Sam Waggoner paid kickbacks in the form of cash generated by his monthly commission from GTL to Christopher B. Epps.”

Epps was president of the American Correctional Association (ACA). Irb Benjamin, MCM’s President and an ex-Mississippi senator says he paid Epps to help MCM get hundreds of thousands in contracts in Washington, Alcorn, & Chicksaw counties.

Carter Global Lee Facility Management (CGL) hhired Benjamin to consult for a $4.8 million MDOC Maintenance contract. The FBI said: “Benjamin gave bribes and kickbacks in exchange for Epps awarding or directing the awarding of MDOC contracts or work to Benjamin’s company (MCM), to provide alcohol and drug treatment services to inmates at MDOC work centers in Alcorn, and Simpson counties.”

GTL was to pay MDOC a commission kickback of 60% of phone revenue & 5% to Waggoner. In August of this year (2015), Waggoner pleaded guilty, & had to forfeit $200,000, he faces a
10-20 year bid. Epps & ex-state representative Cecil McCrory also plead guilty to their charges.

remember to add comments to the articles
remember to sign up on my site on the rss feed to receive updates as they come
remember to add my site to your social media pages
remember to check out my video on youtube–
from the bottom of the fish bowl or on:
http://www.jonathankeenangordon.name/jongordon